The smartphone market is becoming easier and inexpensive. A lot of companies are looking at Samsung and Apple and making their own versions of it. In fact, a lot of them are Chinese and Korean companies looking to play the game with the big ballers (Apple and Samsung). One of which is the Chinese brand OPPO which is reengineering the smartphone market.

There are a lot of noticeable models OPPO has released one of which was the OPPO A71 (2017). This year, OPPO has released a newer version of it, the OPPO A71 (2018). This newer version is ran by Qualcomm Snapdragon 450 chipset. The previous one had a MediaTek MT6750, which carries less RAM – 3GB RAM. Now that you know one of the main changes, what else is there to discuss?

One of OPPO’s main signature looks is the curve on the edges of the phone. This specific feature was not lost in the A71 (2018). Technically speaking, it doesn’t look exactly different than its predecessor and the matte finish of the back of the phone won’t be filled with fingerprints which is excellent. 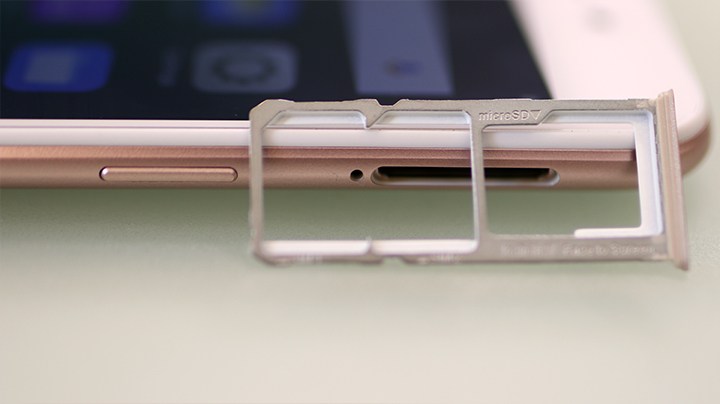 On the right part of the phone you will see the lock/power button just slightly above the SIM and expandable micro SD card slot. The left part houses the volume button. On the bottom part of the screen, the buttons that serve as the task manager, home, and back buttons are still there. The top edge of the phone contains nothing but the 3.5mm audio port. On the bottom edge however, the charging port, microphone, and speakers can be found. The phone still uses a microUSB port although it would be nicer if they put USB Type-C port since it’s a newer version. Let’s hope that OPPO realizes the goodness of having a Type-C port.

The back part of the phone has the 13MP camera and the OPPO logo. It’s finished with matte texture which is excellent in terms of not catching fingerprints and oil from our hands.

Its camera is 13MP with an aperture of f/2.2 and an LED flash. The front cam uses an aperture of f/2.4 and 5MP.  In addition to that, the rear camera contains Beauty, Expert (manual mode), Panorama, Watermark, and HDR + different built-in filters to choose from. 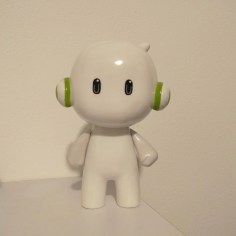 The front cam or “selfie” tool has Beauty, Depth (artificial Bokeh), HDR, and Panorama; the Beauty feature has levels 1 to 6 you can adjust.

Photos produced by the rear camera are are sharp and crisp. However, the rear camera has a hard time adjusting to very bright conditions, as it tends to kill or remove shadows. Despite that, colors are accurate with a good amount of details and color mixture. It’s excellent in well-lit areas but dim areas make it appear a little blurry, though.

The front cam, on the other hand, are good, it’s fine in dim-lighting but is fantastic in well-lit conditions. The whole A.I. Beauty technology thing works smoothly and just smoothens our selfies. Although it will look more natural without it, a lot of people patronize this feature.

Same as the one last year, the A71 (2018) still uses a 5.2 HD IPS with the resolution 1280 x 720 (282ppi). It’s technically the same as the model last year that’s why it would’ve been nice if the resolution was straightened at full HD. The UI looks more Apple than the other smartphones in its tier.

The volume is pretty straight and accurate although having it in max volume makes the sound pretty tinny. The combination of the UI, colors, and the sound concludes the characteristics of OPPO smartphones. It doesn’t have a fingerprint scanner by the way which requires you to do the traditional setting up of a lock/screen code. The back part of the phone is not occupied or whatsoever and OPPO could’ve used this space to apply fingerprint scans.

The device comes with a normal battery of 3, 000mAh but it can last more than a day with average phone usage. Meaning, no heavy gaming, not too much time in social media, etc. The power and the efficiency of the SnapDragon 450 makes all of these possible. Charging the device can take 2 hours and 30 minutes to a total of 3 hours, though from zero. However, using it under draining circumstances and substantial uses might kill the battery performance; use it in moderation.

One of the downsides of this newer OPPO model is its storage. Although it has an expandable memory via microSD, it’s internal storage is just 16GB which leaves you somewhere around 6 to 8GB of extra usage. The only third-party application built-in on the phone is Facebook, others are the defaults of OPPO. OPPO still has their default “owned” programs and applications like the Theme Store, Phone Manager, and the Manage (CleanUp) Tool.

Since we’re talking about apps, it runs on Android 7.1.1 Nougat and uses OPPO’s ColorOS3.2. Instead of a menu or an app drawer, it uses multiple home screens.

In a whole picture, OPPO did a wonderful job in its processing and performing GPU and CPU. Moreover, the Beauty Technology is now present. Although OPPO could have taken this opportunity in taking the storage to a whole new level and the charger at Type-C USB port + the fact that it doesn’t have a fingerprint scanner. Although it’s still good at its below Php8, 000.00 range price. To be specific, its SRP is at Php7, 990 and is available to be bought in a lot of stores nationwide.